Bro Nelo Perez (GDM U.D.) will be arriving New York  (LGA) midnight 13 Aug 2010 and will drive to North Carolina via Virginia Beach next day and planning for:

Those interested to join EB2EB in Virginia Beach please send your information.

Biak na Bato Lodge No 7 will be having its 1st FUNSHOOT and RAFFLE DRAW on November 27, 2010 , 8AM at Camp Bagong Diwa NCRPO Firing Range,Taguig City Metro Manila.
All interested Master Masons, relatives, friends and shooters are welcome to join and support our fund raising project. Proceeds will be benefited by the widows, orphans and distressed brothers of our Lodge.

For further inquiries and tickets, please contact the following:

Please support our cause, may The GAOTU guide us always.

Labels: Biak-na-Bato Lodge No 7, Fun Shoot for a Cause

Our 26th PMAAI Annual National Convention is just around the corner, which, we all know, will be held in Gold Coast Hotel and Casino, 4000 West Flamingo Road, Las Vegas, NV 89103, on Sept 3 to 5.

I would like, also, to thank the Las Vegas Chapter, FILAMON, headed by WBro Rolly Pascual, in advance for being our support chapter in Las Vegas. They are a big part of our Convention preparation and success.

Three Grand Masters are attending our Convention this year, MW Bro Avelino "Sonny" Razon, (Grand Lodge of the Philippines) , MW Bro Godofredo "Santy" Lascano (Grand  Lodge of Washington) and MW Bro  Carl "Bud" Banks (Grand Lodge of Nevada). Please  join me in giving them a warm welcome in Las Vegas. One will seldom witness having three sitting Grand Masters in different Jurisdictions at the same place and time. As we all know, MW Bro Lascano is the second Filipino-born Mason to become a Grand Master here in the US. He will be a good inspiration to all of us, Filipino-American Masons.

Again, thank you for your continued support to our Organization, PMAAI.

God bless us all.

We have a club here in Abu Dhabi [UAE] composed of Filipino Freemasons in the Philippines from different lodges. We the Filipino Travellers Club in Abu Dhabi meets almost every Thursday each week [before it was first Thursday of the month].

Call me on 0505925299 for more details as we dont have a Lodge near by in Abu Dhabi.
Jonald M. Bejec
Batasan Lodge 381. CMT.
Filipino Travellers Club

His body lies at the El Camino Memorial Park in San Diego.

A native of Olongapo City, Bro. Sonny is a member of Lincoln Lodge #34.

Let us pray for the soul of our departed Brother that He May Rest in Peace.

15 April 2010 - The Philippine Embassy in Cuba reported to the Department of Foreign Affairs that Philippine national hero Jose Rizal's virtues and heroism were extolled at a program on April 12 in Havana marking the 54th anniversary of the founding of the Jose Rizal Masonic Lodge of Cuba [Logia Masonica Jose Rizal].

In a stirring oratory, Marciano Perez Quintero, a prominent Cuban Freemason, touched the hearts of his listeners when he recounted the life of Rizal as a dedicated patriot who bore no hatred for those who snuffed out his life by firing squad "in a cold December morning".

Orator of the Lodge, Alfonso Hernandez Ramirez gave another moving account in poetry form, of how Rizal dedicated his life and talents to the goal of enlightening and liberating his people since his youth, and even in exile in Dapitan.

Guest speaker and Philippine Ambassador to Cuba Dr. MacArthur F. Corsino, a Master Mason himself [and a Senior DeMolay, mod.], stressed that the national heroes of both Cuba and the Philippines, Jose Marti and Jose Rizal, were Masons. He said that from their pens and their blood arose two free and independent nations.

Ambassador Corsino added that his affinity with Cuban Masons helped him in his work of strengthening Cuban-Philippine relations on a people-to-people level.

Conducted entirely in Spanish, the program began with remarks by the Master of Jose Rizal Lodge Rene Alberto Duarte Mustelier.

An overflow crowd of over 200 Freemasons and family members attended, at the 10th floor of the Grand Lodge Temple in midtown Havana.

The Jose Rizal Masonic Lodge of Cuba was founded in Havana on April 12, 1956 by a handful of Cuban Freemasons well-versed in the parallel developments of Cuban and Philippine history and appreciative of the greatness of Rizal.

Similar to the Philippines, the Cuban revolution against Spain was spearheaded by Freemasons. Aside from their national heroes Marti and Rizal being Freemasons, the leaders who first declared independence for their respective countries, were Freemasons: Carlos Manuel de Cespedes of Cuba in 1868 and Emilio Aguinaldo of the Philippines in 1898 - who also both became the first Presidents of their countries.

Although Cuba is a Communist state and belief in God as their first principle, [the] Masonry remains a strong civic, non-political fraternity in the country. Founded in 1859, there are today over 40,000 Masons and 400 lodges across the island-nation.
Posted by FilMasons NSW at 4:14 PM No comments:

For your information Bro & Noble Zondi Hizon;; the Best Novice of Marangal Class, Saigon Shrine Oasis dropped his working tools. His remains lies at Funeraria Paz, Sucat, Paranaque. Interment will be on July 22, 2010.

Let us join hands in praying for his eternal repose.

Shoot for a Cause: 29 August

On the occasion of this year’s celebration of National Heroes Day, the Naga City Lodge No. 257, F. & A.M., will sponsor “SHOOT FOR A CAUSE”, a practical and tactical shooting competition, to be held on August 29, 2010 at HQS 22nd Infantry Valor Battalion, CAFGU, Brgy. Caroyroyan, Pili, Camarines Sur .

Labels: Fun Shoot for a Cause, Naga City Lodge No 257

For the information of those whose lives he touched, WBro Fred Durano of Carmen Valley Lodge No. 250 dropped his working tools at 8:00 A.M. today, July 15.


"When human strength and wisdom fail,
let us remember that Divine Assistance is vouchsafe us
through the medium of prayer."
Let us therefore pray for the eternal repose of his soul. And pray for hope that like a tree when it is cut down, it will sprout again, and the tender branch thereof will not cease.
Dear Lord, have compassion of WBro Fred - a child of your creation; administer comfort to his family and loved ones; and save him with everlasting salvation. Amen.
Nixon Baban
Cosin 308 MWGLP
Tagoloan, Misamis Oriental
http://www.custrich.com/
Posted by FilMasons NSW at 12:22 PM 2 comments:

Our deepest sympathy to the family of our Past Master, VWBro Antonio 'Tony' G Lim, PDDGM NCR-B Bagumbayan Lodge No 4.

Brethren, please be informed that the Final Masonic Rites for our beloved VWBro. Antonio G. Lim of Bagumbayan Lodge No. 4 F&AM, and the immediate PDDGM of Masonic District NCR-B will be accorded on Saturday, July 17, 2010 at 9PM, Funeraria Paz at C3 Road Caloocan City.

His body lies in state at his residence at St. Martin Subdivision, Silang, Cavite


Our prayers and sympathy to all.

Brethren & all,
It was very memorable day for us Filipino Masons; especially Shriners for having our Charter of  the Mabuhay Temple in the Philippines.

Congratulations to all Nobles & Masons who were instrumental and for making this happen most especially to Noble Ace Espejo, MW Bro Jimmy Gonzales, MW Bro Pablo Ko & all our Nobles from the Philippines who travelled with their wives.
Special thanks to Noble Jonathan Mobo & Johhny Chua & all Canadian brethren for preparing the fellowship of MWBro  Santy Lascano last Saturday in Thornton. CONGRATULA TIONS .


Hope to see you in the PMAAI National Convention in Las Vegas from 3-6 Sept 2010 in Gold Coast Casino and our guest of honor will be MW Bro Avelino Razon Grand Master of the Grand Lodge of the Philippines & MW Bro Santy Lascano Grand Master of the Grand Lodge of Washington.Sincerely & fraternally,
Bro.Edward Usita, PMAngalo # 63 GLPJose Rizal # 1172 GLNYNaomi # 87 GLVAGS Fajardo # 383 GLPMaynilad UD GLDCwww.edwardstravel. net
Posted by FilMasons NSW at 12:30 AM No comments:

Brethren All: The funeral rites for VW Bro Rufino Tabios, Past Master of Cosmos Lodge No. 8 and two-term District Grand Lecturer of MD NCR-A, will be on July 3, 2010 (Saturday) at 7:00 o'clock in the evening at the De Luxe Chapel of the Holy Trinity Funeral Homes in Sucat Road, Paranaque. VW Bro Tabios was an active member of the Scottish Rite, Shriners and the Snakes. Thank you.Bro. Joji BulawinPDDGM, NCR-A
Posted by FilMasons NSW at 12:20 AM No comments: 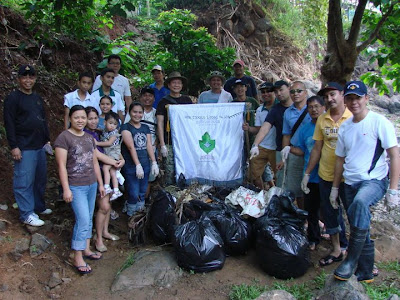 See more from Bro Romeo Pacamana Jr's Facebook.
Posted by FilMasons NSW at 10:30 AM No comments:


Please be advised that the following are now the elected officers of  Dasmariñas Lodge No 346: