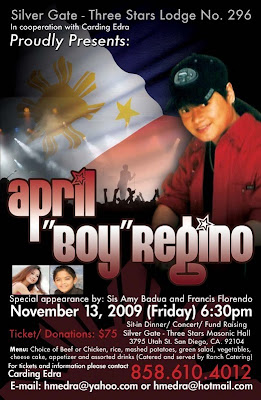 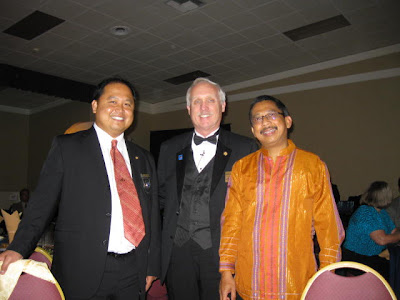 I would like to share above photo taken during the "Mason of the Year Award"[Grand Lodge of California]; with The Grand Master of California and the President of GGOKCS Social Club, WBro Ferdie Abella and yours truly.

Thursday (9/24) – Testimonials From Loved Ones and General Viewing

Pinoy Masons Worldwide offer their prayers and condolences to Bro Ralph and his family on the death of his father, Bro Elmer. May he rest in peace.
Posted by FilMasons NSW at 8:42 AM 4 comments: 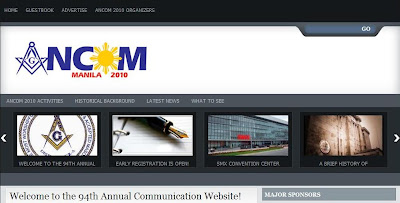 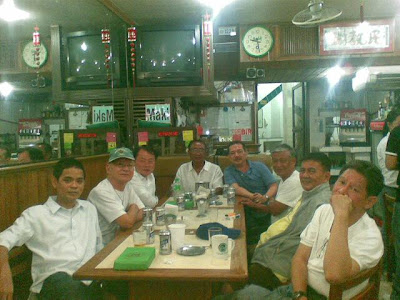 Kawbin's is a La Union institution. A restaurant owned by Bro Mariano "Kawbin" Sia, and is a regular hang-out of Pinoy Masons in the area as well as those passing by.
Kawbin's is an accredited Department of Tourism restaurant and is located on Quezon Avenue, San Fernando, La Union. Telephone: (6372)8884016.
Posted by FilMasons NSW at 1:29 PM No comments: 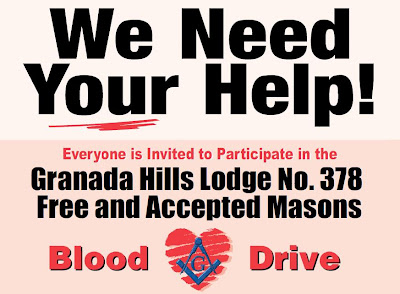 This coming Saturday, September 12, 2009, The Granada Hills Lodge #378 of the Most Worshipful Grand Lodge of California is having a blood drive in our lodge located at 16535 Rinaldi Street, Granada Hills California 91344 from 10 AM 2 PM.

Please join us in this noble project. For every pint of blood you give, the Red Cross will give you a pint of Baskin and Robbins ice cream. 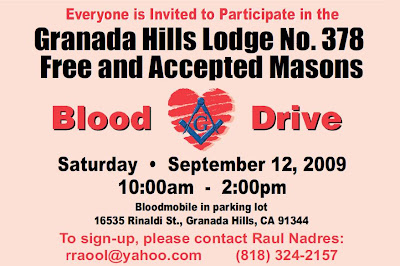 We will provide hotdogs and burgers for everyone. There will be live entertainment and refreshments.

If you have a spare time this weekend, please drop by even if you don't donate blood.

Lessons from the US Navy by Bill Reichert

One man's eyes are opened up. Business Academy: Lessons From The U.S. Navy

A granola-eating, Left Coast venture capitalist gets schooled aboard
the USS Nimitz.

Few civilians have the opportunity to stand atop a nuclear power plant driving 100,000 tons of steel through the ocean. Yet there I was, a Prius-driving, granola-eating, anti-gun, Left Coast Californian, on board one of the world's largest aircraft carriers, the USS Nimitz, as part of a Navy outreach program designed to give ordinary landlubbers like me a perspective on the mission and operations of a naval strike group.

While I hardly fit the stereotype of the typical armed forces booster (I am inclined to favor green technology over weapons of mass destruction), I discovered during my visit I could learn a lot from understanding how a small city floating on the ocean operates.

During the 30 hours I spent observing and conversing with sailors and pilots,I recognized several principles at work that make the Navy so successful. These are not unique to running an aircraft carrier, but represent important lessons for anyone interested in entrepreneurship, innovation, teamwork and management.

1. Inspiration. Having a big, meaningful goal is a tremendous force for inspiration, motivation and cohesion. The Navy's mission is not some vague, abstract, feel-good paragraph in a business plan; it is concrete and easy to understand: to make the world safe. At least that was my takeaway. In addition to defending America, fighting terrorists and rescuing victims of piracy, the Navy helped the victims of the tsunami in 2004 and Hurricane Katrina in 2005.

Though individual stories varied, the sense of pride and accomplishment among those with whom I spoke was powerful. Even in the best organizations, such pride is extremely rare.

2. Perspiration. If you have an inspirational goal, your employees will work hard. The Nimitz does not offer a 9-to-5 workday. Some days, crews are on the flight deck inhaling noxious fumes for 14 or 16 hours, into the wee hours of the morning, to ensure every plane gets back safely.

A maintenance chief told me that, given the age of the planes and the stress of carrier flying, a plane typically requires 25 hours of maintenance for every hour of flight time. Seems inefficient, but can you imagine the consequences of taking a shortcut?

3. Precision. The operations on board a nuclear aircraft carrier pose extraordinary danger; a simple mistake can result in death. Yet I watched scores of planes take off and land on a moving platform without a hitch. The activity on the flight deck at first seems random and informal--no stiff spines or tight formations-- but, really, it is an intricately choreographed ballet.

4. Teamwork. Watching these young people maintain, fuel, catapult and pilot F-18s, it's clear it's not about who is the hottest dog on the deck. Every person we talked with spoke about his or her dependence on, and confidence in, the team--to maintain the planes, to assemble the ordnance, to steer the ship, to guide the pilots in, to move the aircraft and a thousand other critical tasks, small and large.

Each person counts on other members of the team to get their part of the job done, and no one person can take the credit for success, or benefit from another's failure.

5. Accountability. There is no contradiction between a culture of teamwork and the need for individual accountability. In the Navy, everything and everyone is monitored and measured. During launch cycles, the drill is to get a plane catapulted off the deck every 60 seconds. According to our hosts, during the training exercise we watched, the greatest variation off that was 15 seconds. (Imagine if O'Hare could match that!)

6. Training. The Navy invests an enormous amount in developing the skills of its people. One officer I spoke with (at about 1 a.m.) told me his story--of joining the Navy as a somewhat unfocused 18-year-old.

Now, almost 20 years later, he is responsible for scores of people and millions of dollars of equipment, and is only a few credits short of his master's degree. No matter where they started, the men and women who rise through the ranks of the Navy are astoundingly competent.

7. Balance. The week before our visit, the Nimitz lost five crewmembers in a helicopter accident. These were not strangers; these were co-workers and friends. In this line of work, death is all too real, and there is a deep reverence for those who have given their lives in the service of their country. Yet there is also an irreverence that pops up quite frequently.

The captain, in welcoming us, referred to the aircraft carrier as being "kind of like a jail,except there's the possibility of drowning." And the pilot nicknames like "Freak Show" and "Booger" help ensure no one takes themselves too seriously.

8. Respect. In the Navy, if you don't like someone because of their race or creed, you have the opportunity to change your mind, because that person may be sleeping in a bunk 14 inches from you.

Respect isn't an altruistic ethic; it's a necessity. As I looked around the bridge at the diverse team of men and women running this multibillion- dollar acme of American technological accomplishment, I thought, "Why can't all of America be like this?" While many high-tech companies are well-integrated when it comes to race and creed (less so gender), when it comes to respect among individuals, most organizations have a lot to learn.

Certainly the Navy is not perfect. Egos, frustrations and resentments lurk. People make mistakes, and bad things happen. Not everyone agrees with all the decisions made up the chain of command or back in Washington.

The Navy understands that it is not well-served by squashing open communication, but, as in all organizations, there is a time and a place for debate, and the deal is that you do what the organization needs you to do when you are on the line.

Many entrepreneurs may find modeling an organization and its culture on the Navy an unappealing concept. But that's because they don't really understand what makes the Navy one of the most effective organizations on the planet.

Like any other successful business or group, it's about the people, not the technology. The key is harnessing the incredible potential of every individual through inspiration, training and teamwork.

Honor. Courage. Commitment. Not bad principles for any company.

*Bill Reichert is a managing director of Garage Technology Ventures, a seed-stage venture capital firm based in Palo Alto, Calif. He is also a member of the Council on Foreign Relations. A version of this article appeared on the U.S. Naval Institute blog and the American Express Small Business blog.
Posted by FilMasons NSW at 3:51 PM No comments:

In behalf of our lodge, Frank Reed Horton Memorial Lodge #379 (GLP), I would like to invite all brothers wheresoever dispersed to come visit us at our recently launched Website and perhaps leave a message or two via our Guestbook. 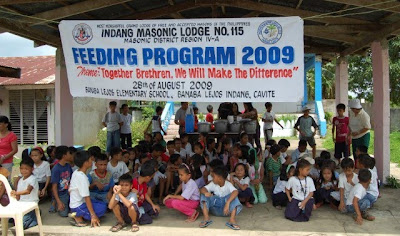 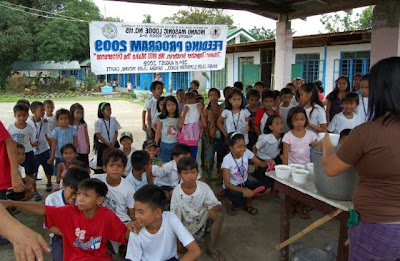 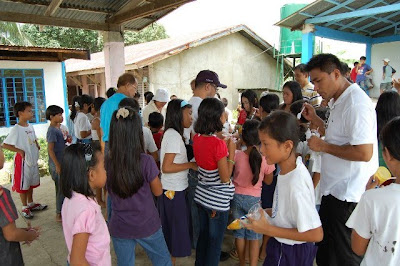 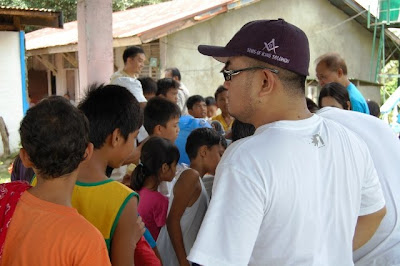 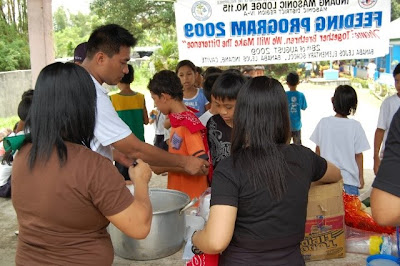 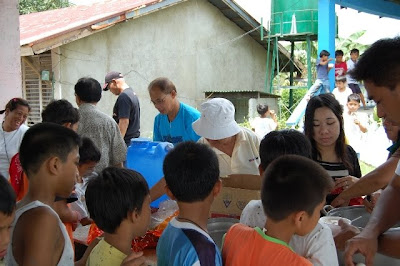 We would like to share with you some of the pictures taken during our feeding program this morning [Friday, 28 Aug]; at Banaba Lejos Elementary School in Banaba Lejos, Indang, Cavite. 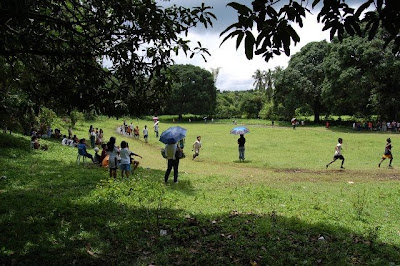 We fed around 200 kids during their "Palarong Bukid". 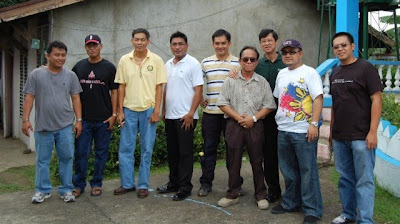 This project was led by Bro Ryan Eyaya. 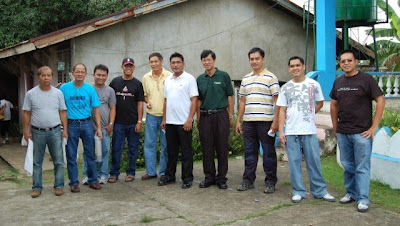 Thanks to all who supported this program and let us continue to cement the bricks of life through the mortar of brotherly love, relief and truth. 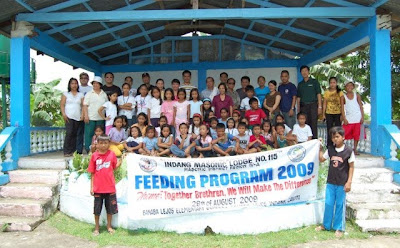 The event was graced by District Officers, Past Masters of Dapitan Lodge, its members, and visiting brethren.

The event ended in harmony and a fellowship followed under the succesful leadership of its three lights;WM, Bro Mel Villar, Jr., SW, Bro Vergel Villasper and JW, Bro Odel Tiongzon.

Congratulations to Kuya Ben Araniego for giving 50 years of your life to Masonry!

Jojo De Onon
Silanganan 19
Batasan 381
Posted by FilMasons NSW at 9:57 AM No comments:

Congratulations, WBro. Leo Paule on being bestowed the Hiram Award of Sublime Benecia Lodge No 5.

Congratulations to you my brother for being selected as Sublime Benicia # 5's 2009 MASON OF THE YEAR awardee. Keep rolling bro.

Good luck to your award night at Santa Rosa, CA.